Prophecy of the Shadow - Won!

In my last post I had just entered the temple. I begun my search after the tomb rumooured to hold the mage Abraxus, my real enemy and the cause of all evil in this world. I was attacked by several priests but they where not very strong. The temple was very small and each corner had a piedestal with an accompanying text that was some sort of riddle. First I thought it was the scrolls that was talked about that should be used but it was not. It was in fact here I would use my special items like the magical lamp, elemental wand etc. After having dropped the four items on the correct piedestal in the corner a hidden stairway opened up. 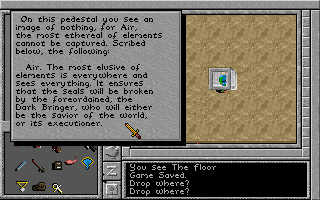 I did not come very far until two spectres attacked me. They were extremely hard and quite impossible to even harm before I was long dead. After a few attempts I gave up wondering if I would have to be much stronger to be here at this stage of the game. But then I used the same tactic as with Cam Tethe. I let them chase me back to the stair and entered the level above.
No enemy in the game could follow you between levels. I rested, saved and returned and they where just downstairs. I could hit them one or two times before I had to retreat back up again. After some time I killed them. They left nothing of value. I continued forward. 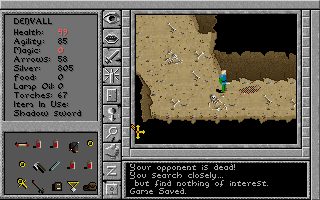 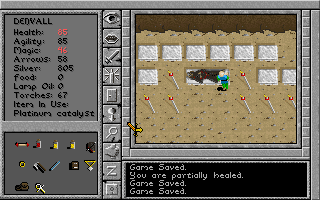 Behind the spectres I found a grave with a body on top. Ok, I thought. Here is Abraxus himself. What should I do now ? I used my spell for resurrection that I got from the Witch. 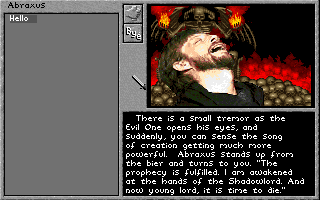 I had awaken Abraxus himself and he immediately started to attack me. Of course I was killed several times until I used the exactly same tactis as before. I fled all the way back up with him after me. I rested, healed and went down again and he was so kind as to wait for me just below the stairs. After around 5 hit-and-run episodes, I killed him.
The game transports me immediately to a new scene where I am walking past a lot of important people and commoners on my way to meet the true princess now that I have saved the realm. 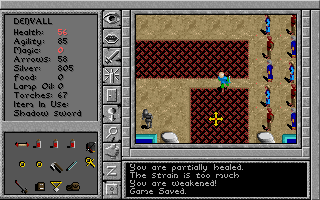 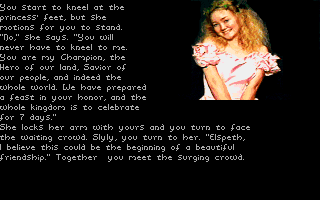 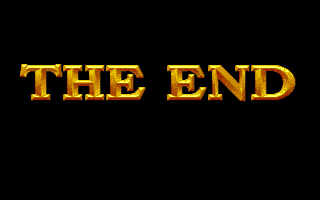 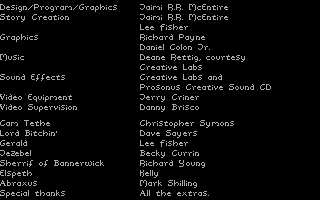 My next post will naturally contain my review of this game.

Email ThisBlogThis!Share to TwitterShare to FacebookShare to Pinterest
Etiketter: Prophecy of the Shadow, Won