A few days ago Basilisk Games announced the release of Eschalon: Book III. The enhancements made from Eschalon: Book II is amongst other things:
It will be released during summer of 2013. Full information could be found here. Some screenshots from the alphaversion below: 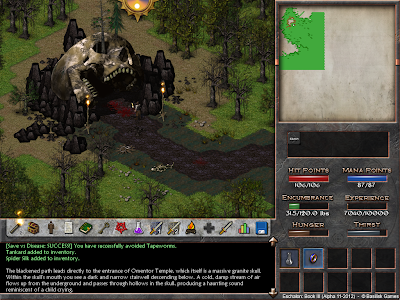 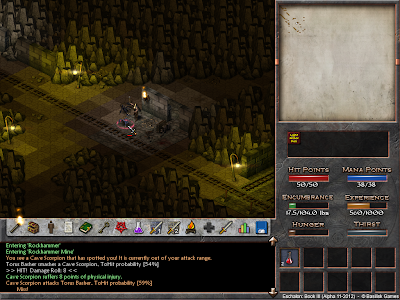 For me personally, this is a must buy.
Upplagd av Saintus kl. 8:19 AM 3 comments:

Right now I have started up the game Devils Whiskey I wrote about some time ago. It is a new version based totally on Bard´s Tale but with better graphics, sound and some userinterface improvements. I have only played for about five hours so far but my party is at level 12. I am not sure yet if I will do a public revisit of the game or not.

I have also not decided on the next game on my list. I am thinking of revisiting Might and Magic IX or Ambermoon/Amberstar but it could also be something entirely different.

I will end this short post with some news. Basilisk Games, the developers behind the well received Eschalon 1 and 2 have finally announced that they will publish information about the third installment Eschalon 3 the 19th of november. Fans of the series are waiting for this day to come, me included.
Upplagd av Saintus kl. 9:58 PM 1 comment: