Having just completed Legend of Grimrock II I thought I would give the game Blade of Darkness a chance which I bought at www.gog.com some time ago.

The game is best described as an action roleplaying game and was released in 2001. The major problem I have with this game is that it is very hard to run in a problem free way. By trial and error you have to choose amongst different types of graphical drivers and resolutions and also sound drivers. After much trouble the only way I found the game to run in was in OpenGL. The next problem is that there is no mouse pointer in the game at all. I don´t know if that is intended or not but for me that makes the game extremely hard to navigate.

I tried out the tutorial but it crashed one time and every time I switch to the desktop (to read the manual shortcut key commands) the game bugs out. So I never fully completed the tutorial which guide you through movement (running, jumping, sneaking etc) through to pickup up and use objects etc. 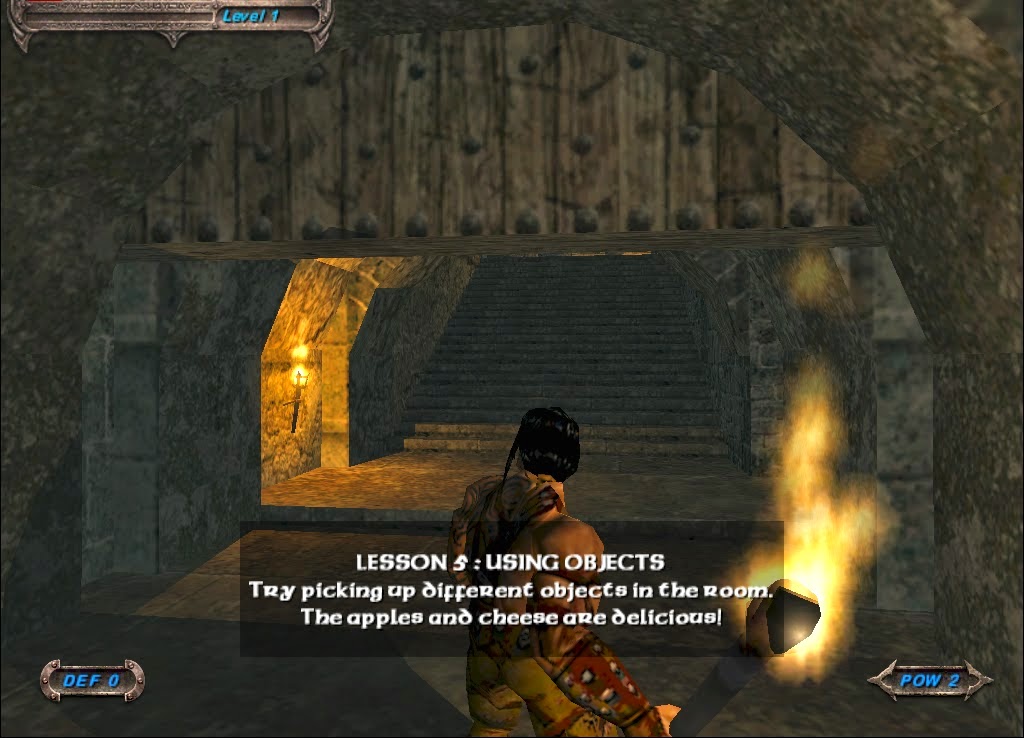 Anyway, when starting the game you choose from four different type of characters, each with their own starting abilities. I chose Tukaram which has good attack values, medium life points and has a specialty in two-handed axes and swords. 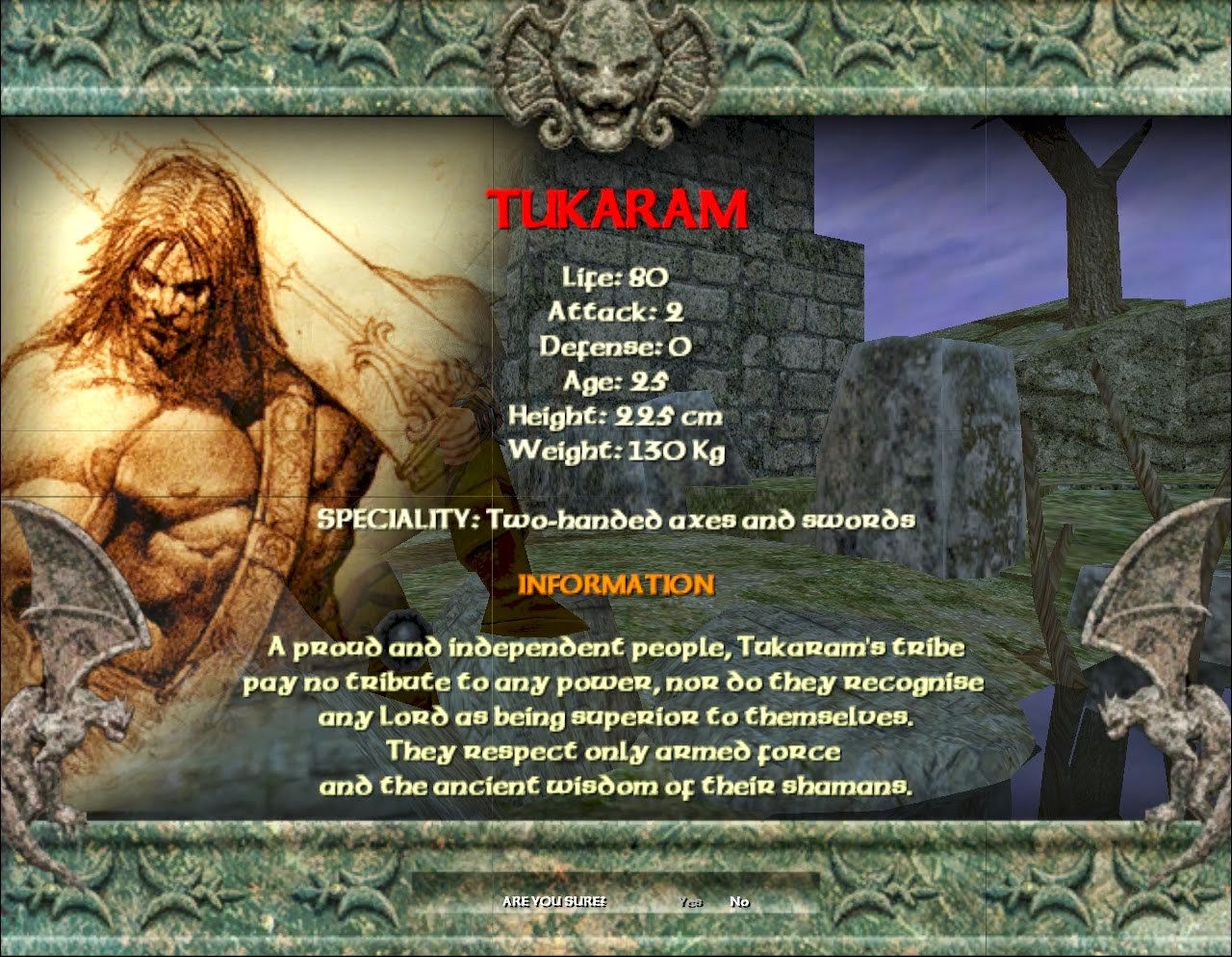 I had big problems navigating the character in a smooth way and when I finally reached some sort of fort or castle in the beginning I was attacked by goblinoid figures. Even though this game seems to excel in hand-to-hand combat and fighting in general with a lot of combos etc I had it very hard to use it against my foes, often missing my attacks. I did not give up however and tried to force myself into the game for another 30 minutes during which I leveled up three times, each time getting more hitpoints.

There are a lot of items to smash and grab along the way. Potions, new weapons and shields etc. But the inventory system and all the shortcut commands makes it a hassle. I had huge trouble to find out how to drop items. I met some skeletons and moved into the fortress in the mountain but I just found it quite dull. The graphics was probably ok back in 2001 but looks quite boring and only gray to me. The soundeffects however are still quite good though.

In the end I convinced myself that due to the bad steering and handling of the character I won´t play this game. I have read quite good reviews of this game so this might be an unpolished game if you have the patience, but with Risen 3 on the way to me in a few days this is just a waste of time right now.

If anyone thought I had abandoned this blog I am back to prove you wrong. No, the reason spells "Legend of Grimrock 2". One of the best RPGs I´ve played in its genre. They succeeded in doing the sequel even better than the first with outdoor environments and with much more freedom of movement.

If you get stuck you often have other areas to explore. The puzzles are of perfect difficulty. Not too hard (although there are some I´ll admit) and not too easy either. The perfect balance which let you get that feeling of accomplishment when you solve them. Combat is fun and hold your nerves and food is easier to get hold to than I remember from the first game and still you have to manage your food supplies very carefully. If you like games like Dungeon Master, Black Crypt, Eye of the Beholder or Crystal Dragon you would definetely like this game. The graphics are excellent the music theme a masterpiece and the soundeffects add to the immersion and atmosphere. I am already looking forward to another sequel and right now I am struggling in the Pyramids.