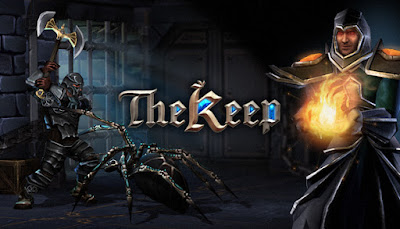 
Another Dungeon crawler arrived just a few weeks ago and I bought it almost immediately having only read one or two Steam reviews of it. The game is very similar to last years dungeon crawlers. It is short, linear, limited character development but fun. So let´s dwelve a little deeper into it and see what it brings to the table. And can it compete with the previous ones ? 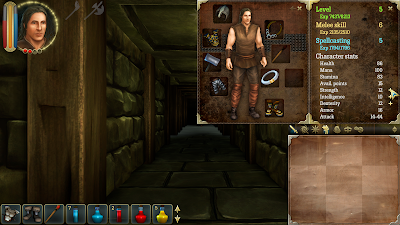 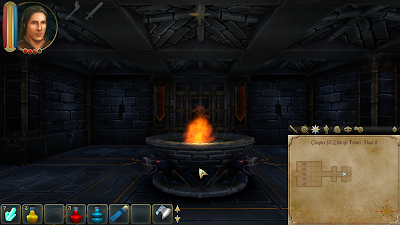 The gameworld consists only of underground environments so there will be no score in that field. The story for being a dungeon crawler is above average. Between every level you get some new graphics and voices detailing what is happening and how you proceed in your quest. While it is short and have no bearing on the actual play it brings some atmosphere and immersion. Also add the readable plaques found in the mazes that you read out loud like in Stonekeep and that also adds to the atmosphere and feel of the place. The dungeons don´t feel som randomly built with those comments.

There is no money in the game and therefore no shops and no economy.

There are no NPC in the game at all. But some of the oppnonents you meet will say something to you in short dialogues which adds to the atmosphere. Interactions in the game consists of pulling levers, pushing buttons and weigh down preaussure plates. You can throw items short or long distances and often have to do that or put things behind bars to weigh down preaussure plates. You could also grab torches to light your way instead of using magic.

The game contains enough different monsters and humanoids to make it interesting. Many of the have their own strength and weaknesses. For example, the ghosts can move through walls which is very dangerous since they also can attack you by surprise. Some use long range magic even though there are very few magic users. Some could heal themselves which I had much problem with initially and had to save after every fight.

Monster never uses any particular tactics. They all fight to the death and will not try to surround you in any way. You could however use some tactics against them. Either by using square dance which works pretty well as long as you have room to manouver and no other monster joins the fray or by using a combination of your magic. I played a character where 2/3 of my skill points where put into melee attributes and the rest in magic abilities. I always used a combination in fights, often beginning with magic. My favourite the last half of the game was to freeze the opponent and then cast lightning on them for more damage. Then shift to melee and empty my stamina before going back to magic again.

Regeneration is slow for both stamina and mana but can be increased by increasing attributes like intelligence. You will need to use potions in tougher fights to be able to survive though.

I think the combat system worked pretty well. What I really liked was the fact that it was possible to use traps against the monsters. In some of the later levels there are some real tough fights but I were able to destroy a lot of enemies by luring them into rooms where I could open trapdoors and let them be spiked. Sometimes I just had to escape from them in order to proceed.

By gathering runes - which are quite rare - and finding scrolls with spells you could learn how to arrange the runes on a grid to create the spell you want. When you want to cast the spell you swipe across the bord just like an attack. You have room for  around 4-5 spells at a single time but will seldom have the amount of runes to make so many spells at once.

Mana regenerates faster the more intelligence you have but it will never be fast enough and enemies are tough and require some time to defeat so you will have to learn ways to circumvent them, run around, using melee or whatever to let your mana regenerate enough for new attacks.

I haven´t kept count but believe there are a dozen or so spells in the game. From healing to freeze, lightning and different kinds of fire based attacks. I am not sure if different monsters have different resistances to them though.

In overall, while I am not fond of the swiping effect to attack and cast spells (probably because this is a mobile game in the first place) it did work out pretty well in the end.

You start off with one pregenerated character so there is no character generation. You are a fixed person in the story. When you level up you get some attribute points to spend on strength (increase damage), intelligence (increase mana regeneration and mana points) or dexterity (to increase critical hits and stamina regeneration).

I do feel you have a balance and an interesting choice here but I also feel that it will be very hard to specialise in just a melee or mage way. At least I feel I won´t have come as far without the help of my magic event though I spent the most part on melee.

The maps are of no predetermined size in x and y widths which is good. You never know when or where it will end with the staircaise down to the next level. There are even maps that spans several levels. The design creates some variety. Especially those where you have to coordinate activities through several levels to succeed.

I was quite astonished to see a really well done manual to this game which was both colorful and with images. Really nice for a change.

Graphics in the game are pretty simpel and not very detailed but it is very functional. The sound effects are good and there are some music but nothing that really stucks. The interface is large and clear and is quite easy to use but I don´t like the way you use runes and cast spells. It reminds me too much about Dungeon Master 2. I would prefer to just select a spell but I like the fact that you have to look for the ingredients in the form of runes.

Every three levels or so the style of the graphics in the dungeons change. 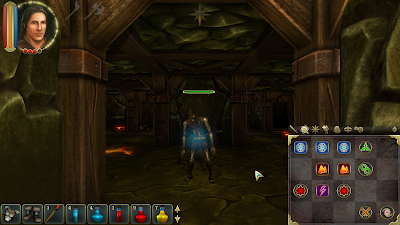 Since the game was so short - ten levels - it held my attention to the end and took me only around a dozen hours to complete. I like the game. I was hooked in the beginning when everything felt new and fresh and that feeling sustained for the coming levels. I felt the game was fairly easy combatwise until around level 7 when the difficulty was sharply increased. I had then only spent a fraction of the attribute points I earned when levelling so it wasn´t a surprise but at that point I had to invest all of my saved attribute points into melee in order to succeed in progressing. It was well worth it and I felt the balance in the game is very well made. I had some really tough fights but none that was impossible.

Each level have a few secrets and I managed to uncover most of them until the later levels where my only wish was to survive to the next level. The puzzles in the game was very well made. They are of the typical stuff found in all dungeon crawlers but what I found particular good in this game was that you could use traps against the enemies which is very seldom an option since Dungeon Master.

The fights was pretty nice too with the comboeffects building up after a few hits and which differs with different weapons.

If I compare this game with the other dungeon crawlers released and reviewed the past six months this game has the most simple graphics. Probably because it is ported from a mobile device. The soundeffects are ok and I really liked the digitized voices which reminded me of Stonekeep every time. There are no maintune which is strong enough that I will remember though.

I think it is extremely hard to compare this game with the other crawlers like Ruzar the lifestone, The Dark Path, Heroes of the Monkey Tavern. All are good but I would rank Ruzar, Dark Path and The Keep at around the same level of enjoyment even though they differ slightly in gameplay. If this game would have contained 20 levels I would surely tire before the end and the gameplay value would risk degrade by 0.5 point. I think the this game is a little pricey for the length of it. A better price would have been $9.99.

Anyway, this is a solid bug-free game (for me at least) and I recommend it. 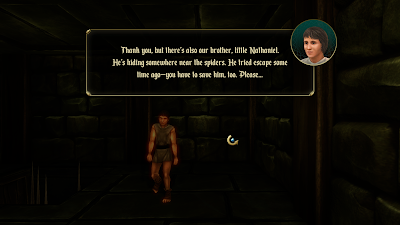 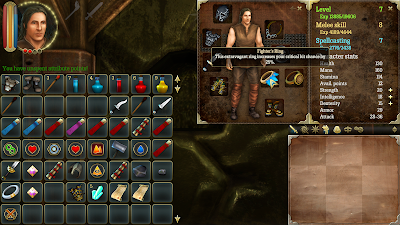 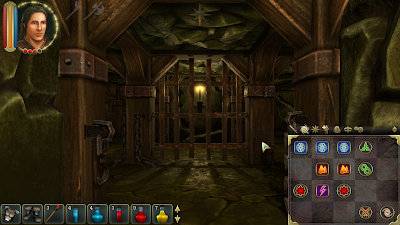 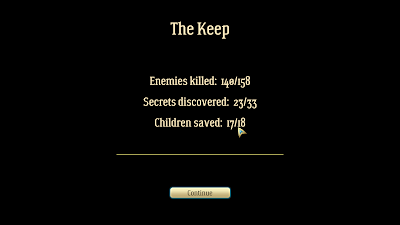