I have finally completed Dragon Age II after many, many hours. It is really a much better game than I first thought considering the pretty cold reviews it got in the beginning. Some of the voice acting is excellent and the main story is well executed. Anyway, this has nothing to do with this post other than the fact that it has left me with more gaming time to focus on this game.

After the last post I decided to buy the full version of Sword and Sorcery Underworld. Since then I´ve played for yet another 4-5 hours at least. As I´ve said before, if you like Bards Tale, Dragon Wars or Might and Magic, this game might be for you. Even though the random encounters is less frequent here they are still frequent enough so most of your time you will have to fight your way through the areas you explore and gather more experience, loot and gold in order to afford better equipment and level upgrades. Slowly you will get stronger, but so will your foes. 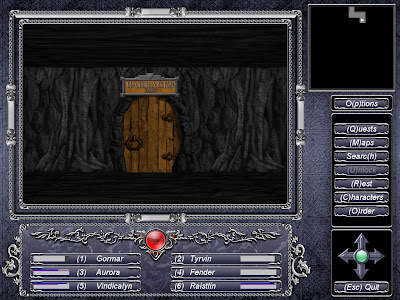 I know where I stand on this. Today, I am not a fan of these endless random encounters. A few hours into this post I begun to reload the game immediately when a random encounter occurred and focused instead only on the major and important combats. That works pretty well so far. Sure I miss out experience points but I also maximise my limited playing time to get the most out of the game.

There are many different opponents and they have different abilities. Some are immune to weapons that are not blessed or have so huge amount of armour that only your knight may harm them or your rogue. For many opponents the sorcerers cannot harm the enemies with their distance weapons. Some foes like elder vampires could summon other creatures to help them and some could infect diesease on you like a mummy. Yet, otherones could cause fear or cast spells. There are many different kind of attacks. I have not yet developed any kind of strategy towards particular foes. My offensive capability is totally made up by my sorcerers and the rogue. The rest is just there to soak up damage or try for lucky shots. 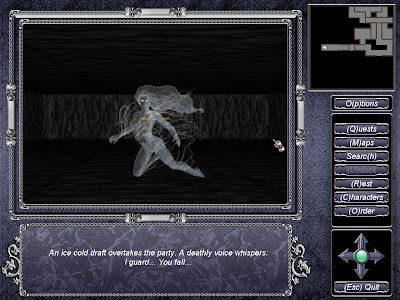 Right now I am at level 6 and now progress gets very slowly since I need a 5 digit number of experience to raise to the next level. Last time I had just begun to enter the catacombs. I had two quests related down there. One was to locate and alchemist and the other is to get an item for an old pirate.

As I explored the catacombs I had the opportunity to get more and more experience and could raise in levels. That made it possible to kill the dreadful mummies down there. The catacombs expanded though through new levels with different names like the Barracks, Lair, Crossroads etc. I first thought all of these was subparts of the catacombs but now understand that they are their own separate maps and that is how the game unfolds. 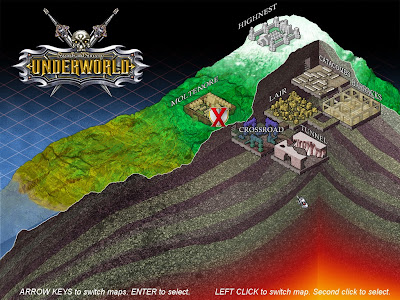 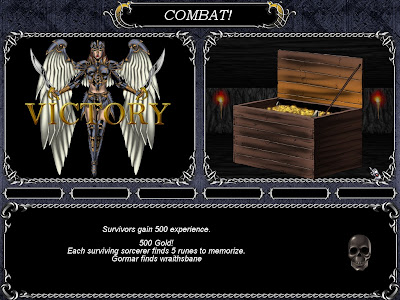 In the area called the Barracks I found a lot of locked doors impossible to open with my rogue. It was only after switching two huge levers these doors opened. There was nothing behind the doors but by using the search option I found items and treasure in almost every place. I could the go back to the surface and sell these items and gather more gold. 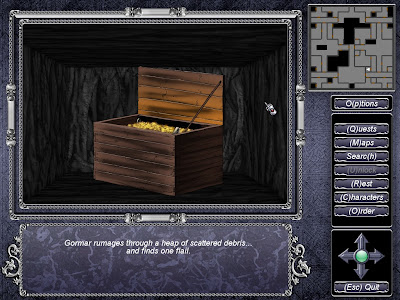 My explorations eventually led me to the Necromancer that probably is responsible for everything eveil down here. Unfortunately I was way too weak to even consider going into combat with him. Nearby I found a sword buried in stone with an attached riddle. I haven´t solved that part yet and if I don´t I´ll have to find the solution for it. 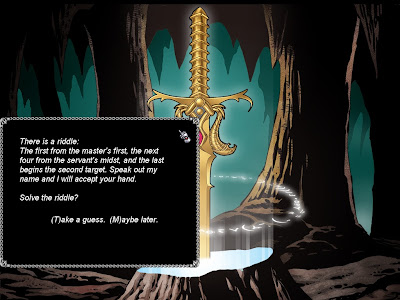 The random encounters could differ tremendously in difficulty, therefore it is wise to reload if it seems to hard. Not only must you save your spellpoints until you really need them, I have also experienced the terrible shortage of magical runes so now I can hardly use spells until I have recovered more runes. And the only way to do that is to fight certain enemies. You cannot buy runes anywhere. My two sorcerers are by far the most important characters. At spellevel 3 they get chain lightning which affects four enemies but they also consume 6 magical runes each time when cast, as well as the spellpoints required. You could rest to recover spellpoints and wounds but not runes. 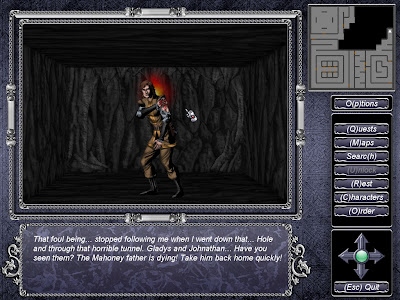 My next most important character is the Rogue with his assassination skill. He is far better than my knight Gormar in inflicting damage and also get the skill ambidextrious which means he can use two one handed weapons at once. My knight is far behind in damage dealt. The priest is pretty lame, lacking any good offensive spells and is poor in combat. His only strength is that he can heal and cure poision etc. My archer is slightly better but nothing to write home about.

The spells is pretty good in the game. You get four spells per spell level and each has its strenghts so far. For example, my sorcerers get the Ascend/Descend spell which takes them back to town and then a return trip to where you left. Perfect! They also have a spell called Sonic Blast which blows your opponents back from melee distance. That could buy you important time and protect vulnerable characters if the enemy lacks distance weapons. 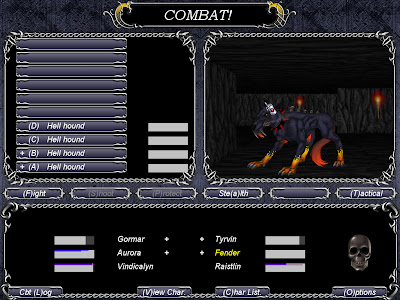 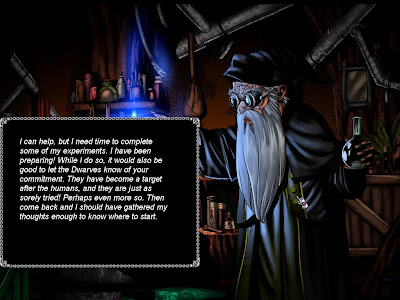 I was told by the alchemist to clear out the barracks (where I came from) and then to warn the dwarves about the demons threat. Very near, I found the entrance to the dwarves which consisted of new town in the game. Here I could train and find shops, temples and whatever I needed. The combats here was quite difficult though so I avoided most by reloading when exploring. It was here I run out of all my magical runes as well.

After having found the dwarves king, he said he would want help to quell a rebellion hidden somewhere in the city. That is too tough for me right now so I am heading down to clear out the barracks instead and gather more magical runes. 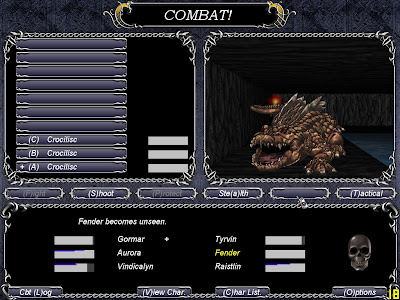 I am still enjoying the game although I think there is too much combat. The game is definetely not easy. Almost each fight at this stage is quite hard which means that after two or three fights at the most you have to rest or return to town which makes progress a little slow. 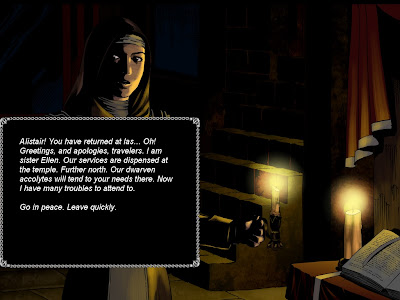