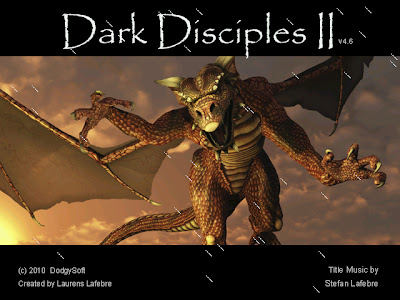 
Admittedly, this is not the perfect way of using my sparse gaming time. But I couldn´t resist starting up on Dark Disciples 2 while still playing Sword and Sorcery Underworld. This is what happens when I have a chore consisting of boring grinding in Sword and Sorcery. Anyway, careful readers will already know that I played through the first game just one month ago. I won´t go into the same detail of the gaming system here but highlight more the differences and what areas has been improved upon.

The game is still freeware and was developed several years after the first one but they are very much alike. You play in the same game world but with no connections at all back to what has happened previously. You start out by creating your character and get 10 attribute points to spend on the same attributes as before.


The major difference is that this time you have separated skills belonging to a specific attribute. The skill level could never exceed the max value of your attribute. For example, there is a skill called critical hits which relies on strength. If your strength attribute is 4 you will never be allowed to increase your critical hit skill with more than four points.

Another major difference is the implementation of ranged weapons like bows and crossbows. Excellent. I really missed out being a mage last time because of the ranged capabilities those had. But beware, your enemies can also use ranged weapons. The magic system is also different. You will need to put skill points into a skill called gemlore. By using a gemstone you could cast a specific spell. The more points you have in the skill the more effective the spell will be. Gemlore skill relies on your perception skill and for my new character I opted to go for some magic capabilities and put skillpoints into the gemlore skill.


The game starts out with you being captive by pirates and imprisoned on an island to be used as labor in a salt mine. Your first task is to find any means to escape. What strikes me immediately is the more detailed environments compared with the predecessor. The automap is now fullscreen and shows both your coordinates and where any npcs are.

The game still offers its flexible approach to solving problems. I found several ways to escape and at least two ways of leaving the island. I could either find a way to climb over the fence and then sneak on board a ship and hide until it will leave or I could sneak down into the mines and find an exit. I explored every option before deciding that the mine way would give me more experience points and found equipment. 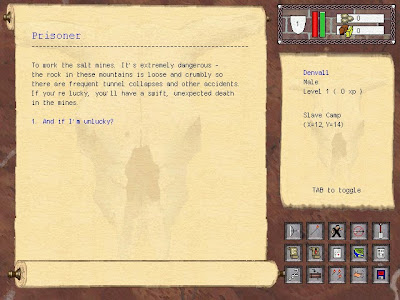 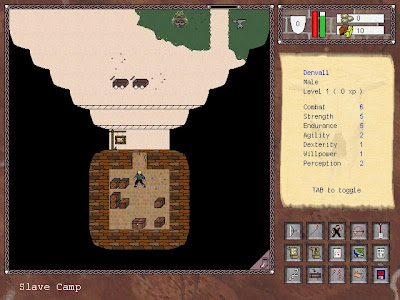 When I managed to escape I started just outside the city of Durwich. My explorations in the city yielded a lot of sidequests and spanned over the temple district, residential area, academic district, harbour, riverside, merchants area and more. I helped the mages guild to clear out an experimental area where they stuffed beasts from magical experiments and I looked up runaway criminals that had escaped the city jail. I also helped the thieves guild clear out an old smugglers tunnel and other small tasks for different persons. All helped me to eventually raise to level 4. 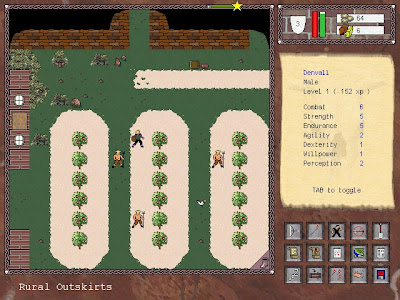 My main objective was however to tell the news to my brother. When I found his house he was not there but had left behind a letter stating that he had left for the Frontier Lands. He had found some sort of item and knew he was being tracked down, so he left the city. I have yet to find a way to take me there.


Instead I went to the city council. There are four large modules you could apply for with different recommendation of levels. I choosed the first one for level 3 to 5 which was about clearing out a cultist nest below a lighthouse. The story around this cult was very interesting and the map layout and puzzles intriguing. I had a lot of fun with this part and eventually succeeded in hunting down the five renegade wizards.

For me ranged weapons are essential. You could pick off targets at a distance without risk of being hurt. I have only met a few archers so most of the time my enemies are already weakened when they go melee with me if they even survive reaching me. I have therefore spent skill points into the targeteer skill. I suppose this is only valid now in the beginning because it feels very powerful right now. It also seems you could use any wand in this game since intellect is no longer an attribute and the spell system is totally new. 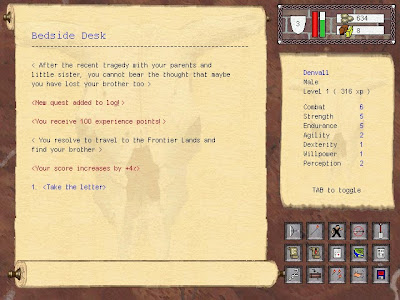 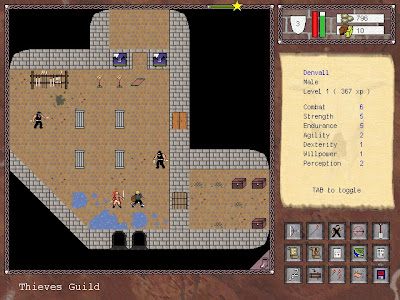 Since I have found no means by which to travel to the frontier lands by ship I suppose that will be available later on in the game or I have missed something in the city. I know pirates have blocked the trade so they must probably first be dealt with in some way. I therefore have just started on module 2. I know it sounds very game technical but it is in fact major missions commissioned by the city council with great rewards.


I like this game very much. It is improved on all aspects compared to Dark Disciples 1. Mostly by including ranged combat and allowing any character to use magic wands. Also there are more skills and a new system of handling magic which seems good, although I haven´t used any yet. The graphics are more detailed and the music is still done by Bjorn Lynne. 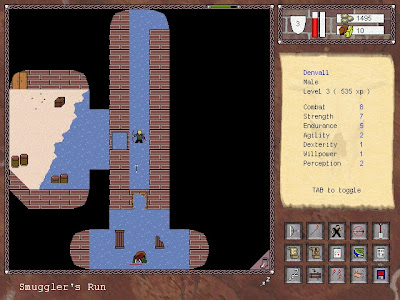 I must not forget to mention that it is as fast as the previous version. No installation is needed. Movement is extremely quick and the GUI improved. That is one of its strongest but more subtle points of this game. It is so easy to get into and quick and easy to play. You are not hindered by tedious random combats, since that doesn´t exist.

Oh, and another thing. I spent a long time looking for a trainer in the city when I thought I ought to raise a level until I found out that you do it by yourself on your character sheet. When you level up you must immediately spend an attribute point but could save skill points since you need to find trainers for them. 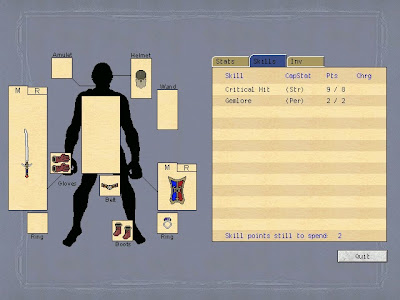 And while I´m at it. It is not possible to be chased through an area and leave and the return to have the enemies return to their original position. Enemy positions are remembered so it is a little more difficult this time around.

I will definitely continue playing this game and can warmly recommend it. That this game is freeware is beyond my understanding.