I started out my last expedition from the holy city and set course to Malifons volcano in the southeast. I visited three different glyphs and when I disembarked on the land every step was cursed and the whole group suffered. At each glyp I cast the uncurse spell and moved on to the next. When all three where completed I descended through a temple on the small island just south of the main island. 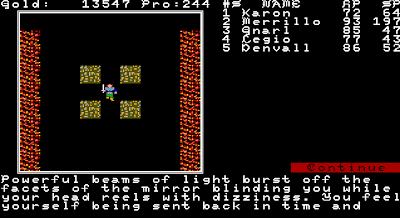 There I found a place to use the faceted mirror found before and it opened up a new dimension. I was actually travelling back in time thousands of years to what this temple looked like then.

I run from every fight I could and took small losses at doing that. I was afraid I would be too weak for the final encounter. I had no idea how large this final stage was. I was attacked by an animated statue and that was one of the toughest fights so far. I died the first time and then let my wizard us Column of Fire 30 pts on him and the died. I did not wan´t to use Merrilons spell points but I felt I had to. With the guardian gone I could go down the stairs....

Only to be met by a maze with lots of random and difficult fights. I fled from most but had to reload a few times cause sometimes they just disintegrate you with powerful spells.

There was nothing of interest in the maze and the only way to get out was to fall through a hole and end up in.....another maze! Argh. This time I knew I could not go back until I have completed this. The maze ended in a huge illusion where I saw environements and scenes from previous travels and dungeons. I had to walk through some short stages of them with difficult fights until I came out in the open again.

In the open I found a new entrance down below and went there. It ended with my total death. Obviously I stumbled right into the hands of Malifur and the dark orb I got was pulsating. I reloaded and before going down I cast the God rune spel of imprisonment. It turned this was the thing to do because the Ancient ones started to talk to me... 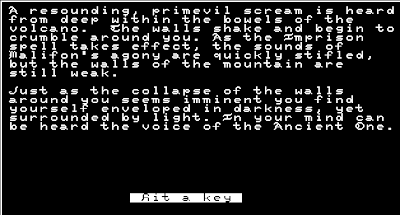 It turned out I had successfully imprisoned Malifon again, albeit temporarily. Sometime in the future he would get released again when the spell would weaken but I had won for now. But the outcome was not as happy as you can imagine since the land of Ymros was largely destroyed and was still laid under permanent winter as you can read below. 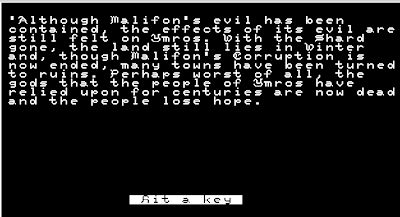 This was quite discomforting to read. The Ancient One nevertheless offered me to rule with him as gods or allow us to return to Ymros to complete our work and rebuild it. We answered the latter and remained mortal but helped building up Ymros of the time. 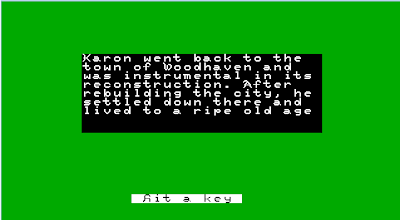 Every single person had his mission in this new world and then the game was finally over after about 20 hours or so. 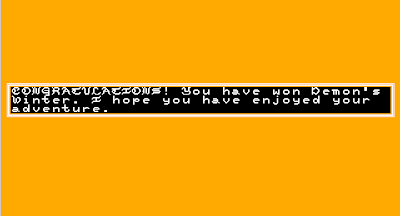 There was no way to continue the game after this and I had to quit it. With mixed feelings. I like the somewhat bitter end. A victory never comes without huge losses and here it was felt. But I love that darker side of things because that is just as it is in reality. I will return in another post to give my review of this game.