Just after finishing the last dungeon crawler, I immediately started to looking for another in the same genre. After a brief research I came up with Ruzar - The life stone, a dungeon crawler released in 2015. The major difference on the surface is that you only control one character. After a couple of hours I am hooked with this game as well. It offers several features that where non-existent in The Deep Paths: Labyrinth of Andokost, like a shop where you actually buy and sell items, quests, automap, teleporter stones, cooldowns for weapons, square dancing, spells and a skill tree just to name some of the major changes. The game is more expensive so this is to be expected. 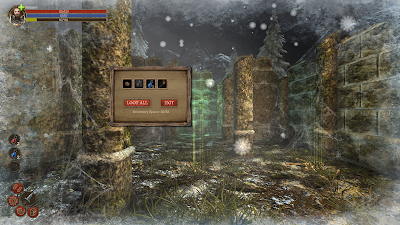 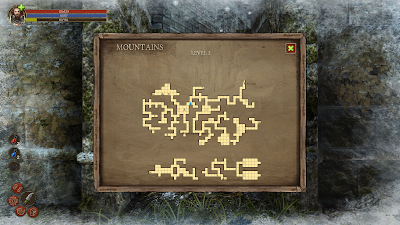 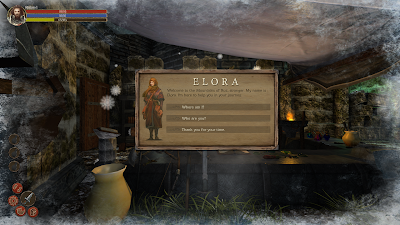 I will return with more information about my progress in this game and my views on it but I feel that so far it delivers. It contains puzzles, preassure plates, traps and all you expect from this game.

I created a mage like character spending my attribute points purely on intelligence (to boost spell damage and the amount of spell slots you can have), Spirit (to increase my mana) and constitution (to get more health points every level). I am playing on normal difficulty and so far the fights are a littel on the easy side because of the square dance tactics. Monsters do however have different abilities and speeds so this might change.

I am at level 6 and have saved my attribute points (except for increasing endurance to carry more items) and skill points. I always do that until I know where and when I really will need them. As you are all aware many games are not equally balanced between different classes and playstyles.

Take a look at the trailer and read some info below from the developer:


Being a big fan of this genre since it came out (1987), I always wanted to create my version with my own flavor. Two years ago I decided I should try it, It has been a long and fastidious process, but here it comes. I hope the community will enjoy it!
One of the major element I wanted to change is the number of character you play. Instead of having the four classic characters, I wanted to have only one! I wanted a deeper conection with the main character so by focusing on it, it was easier to develop a skill system that was more elaborated than the most common dungeon crawlers in the genre. I also wanted to create a different spell system, more similar to the classic rpg game genre.


Here are some new gameplay element you can find in Ruzar - The Life Stone.