Harddrive failure and one way to recover from it

This is probably my first non game post on this blog. Regardless of what interests we cultivate on the web we are all dependent on working hardware.

I recently discovered that my storage disc (not system disc) with photos, videos, games etc had trouble showing itself in my windows explorer. Or if it was shown I had trouble accessing it because Everything froze or it soon disappeared from my Explorer window. A typical indication of a possible harddrive malfunction.
Something was obviously wrong and my latest backups was...*coughing*....8 months old so I ran the risk of loosing the most valuable things I have on my computer. And no, it is not my old CRPG savegames or games in general but the personal photos, videos, mails and documents.
This will surely happen to everyone sooner or later and I spent all my spare time the last week just to troubleshoot this issue. Here is what I did and what happened and finally how I solved it. Hopefully it will help someone out there with similar problems.
Now, this had turned into a MAJOR problem.
When booting the computer I just got a grub rescue prompt. The system disc was earlier used as a Linux disc Before I installed Windows 7 on it. My Windows 7 boot partition seemed to have disappeared.
I tried to use the windows 7 rescue mode by booting up from the dvd but it didn´t find my partition and therefore couldn´t repair it. 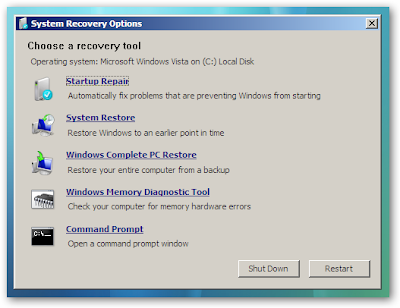 I choosed to go to the command prompt and tried to use commands like:
bootrec.exe /FixMbr
bootrec.exe /FixBoot
I restarted and now the grub rescue prompt was gone but replaced with "bootmgr missing" or "System disc not found". I don´t remember exactly.
What I did  to finally fix it was to use the Diskpart command and make the first partion the active one with following these instructions:

Use Diskpart command to make a Windows or Linux drive Active

This is what finally got my system OS disk back to its original state.
I was now able to try to find the error for my storage disc. I borrowed a third part harddrive adapter that plugs in any harddrive of 2.5/3.5 and connects it via USB Cable. From there it showed up in my device manager and I could access my harddrive, first to use checkdisc that repaired it and then to backup the drive. After the backup I checked the SMART status and all was green again. I now put it back into my computer but used another SATA channel and everything has worked fine since then.
All this trouble gave me a lot of headache though and I cannot understand why modern motherboards of today don´t include such small utility programs that could repair or fix partitions problems or damaged bootsectors etc. I am also disappointed that the repair utility in the windows 7 boot disc wasn´t able to fix my problem. I had to manually use diskpart.
Ah, and by the way. I now let Backup Maker do my backups regularly once again :-)