I have just reached level 24 with my team after another 20 hours since my last post. As I´ve said in my previous post I am playing this on warrior difficulty and since the last post I have really experienced the harder difficulty in a way that I did not yet encounter in my last post.

In short I would recommend the warrior difficulty. I don´t know how easy the other difficulty setting is but for a game not to loose all its challenge, it have to be rather high for me. The worst example must have been Arcania - Gothic IV which was so easy on the default difficulty that it spoiled the game and forced me to pick a higher one.

I have still not grasped the main story except for a few parts of it.  I am still firm in my belief that the story is very badly executed. You pick up some books and lore from time to time but I never bother to read them since the story is just too uninvolving and it doesn´t matter in the end anyway. All dialogues are only a few sentences long and with no options. It doesn´t matter what you say or not. What´s matter is how good you party is at fighting. 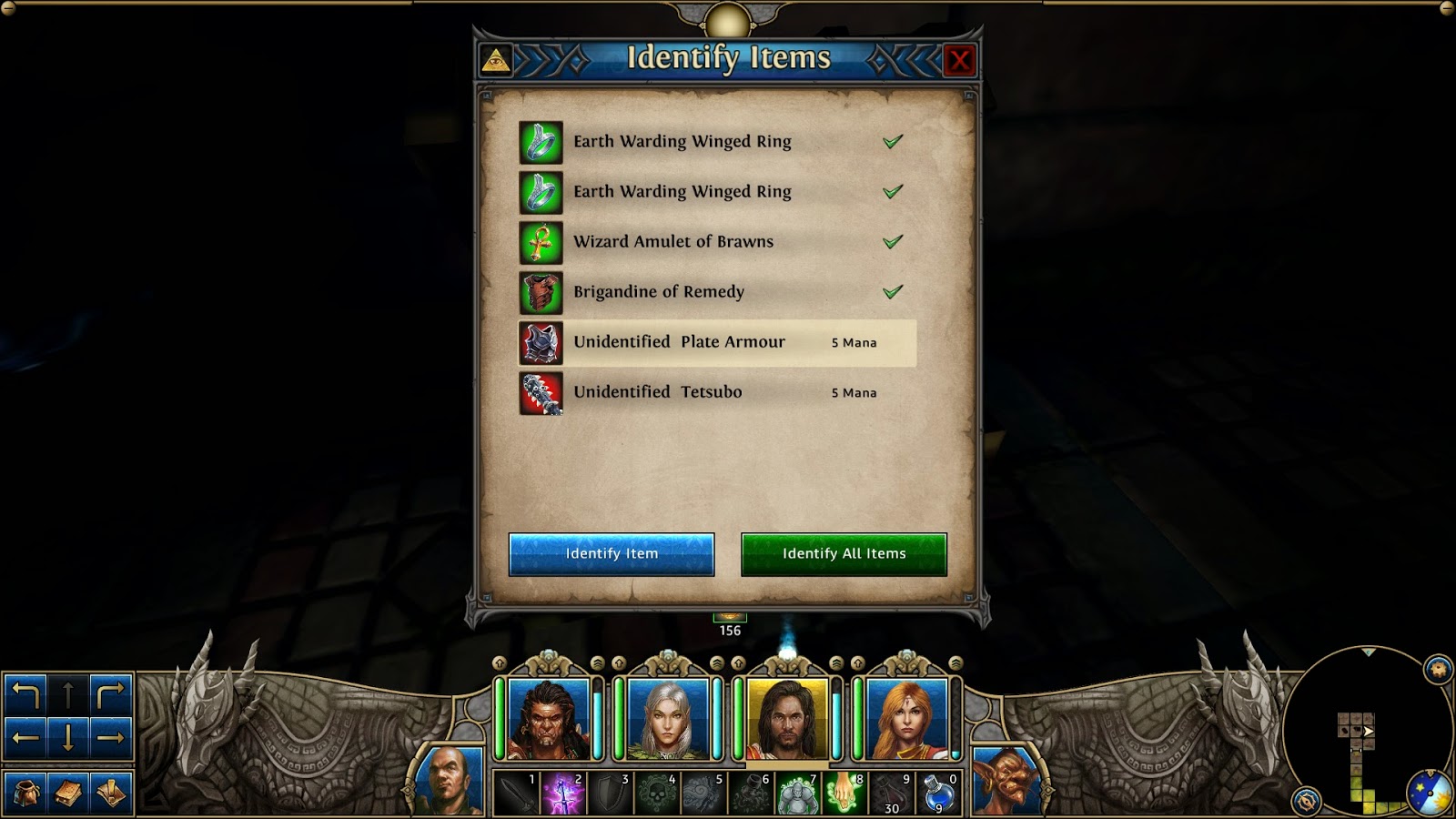 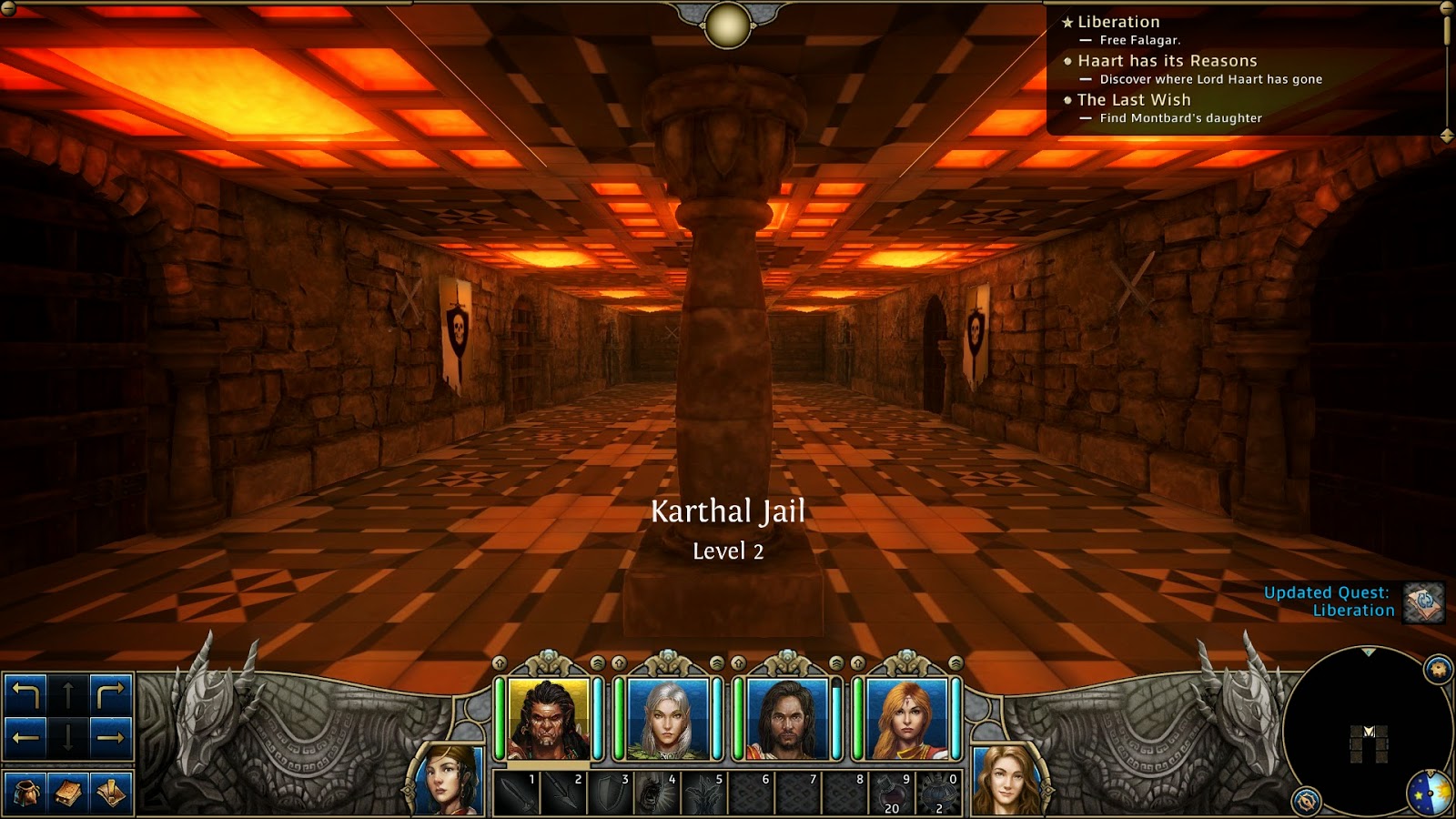 There are quite a few places in the game that requires some mental abilities like solving puzzles or riddles. Certain chests have locks on them in the form of riddles. The elemental forge, a very central place in the game, have puzzles in each important elemental room that requires you to pull levers in a certain order to make something to happen or stepping on plates to build a stairway to heaven for example. There are also mysterious caves spread out in the world and some of them contains puzzles to solve as well to reveal their treasures. It´s good there are some challenges implemented in the game. After all, you just have to look for a solution online if you haven´t the time to solve them or get stuck. It is also worth it to have some sort of spot secret spell active. Many places are contains secret and hidden walls that hides valuable treasures.


Back to the game mechanics. Combat is the central part of the game and the only way forward is to win every fight. The overland map is huge but it is built up like a huge underground dungeon. You still have to travel grid by grid and narrow parts are often guarded by a bunch of monsters which means that after awhile you will be boxed in and have to select one of those obstacles to tackle in order to move forward. It is here the challenge of the game lies because you will have to run back and forth between previously found enemies and newly found ones to try out if you are capable enough to defeat them. At around level 12-15 I had big troubles in advancing the game and really had to search for fights that could help give me much needed experience points and gold in order to improve my group. As I said in my last post, there is NO random encounters or spawning monsters in the game at all which means that if you are not careful in building up your party and spend your skill and/or attribute points wisely things might be too hard to accomplish. The problem is that there is no way to switch difficulty ingame so if you´re stuck you are screwed. 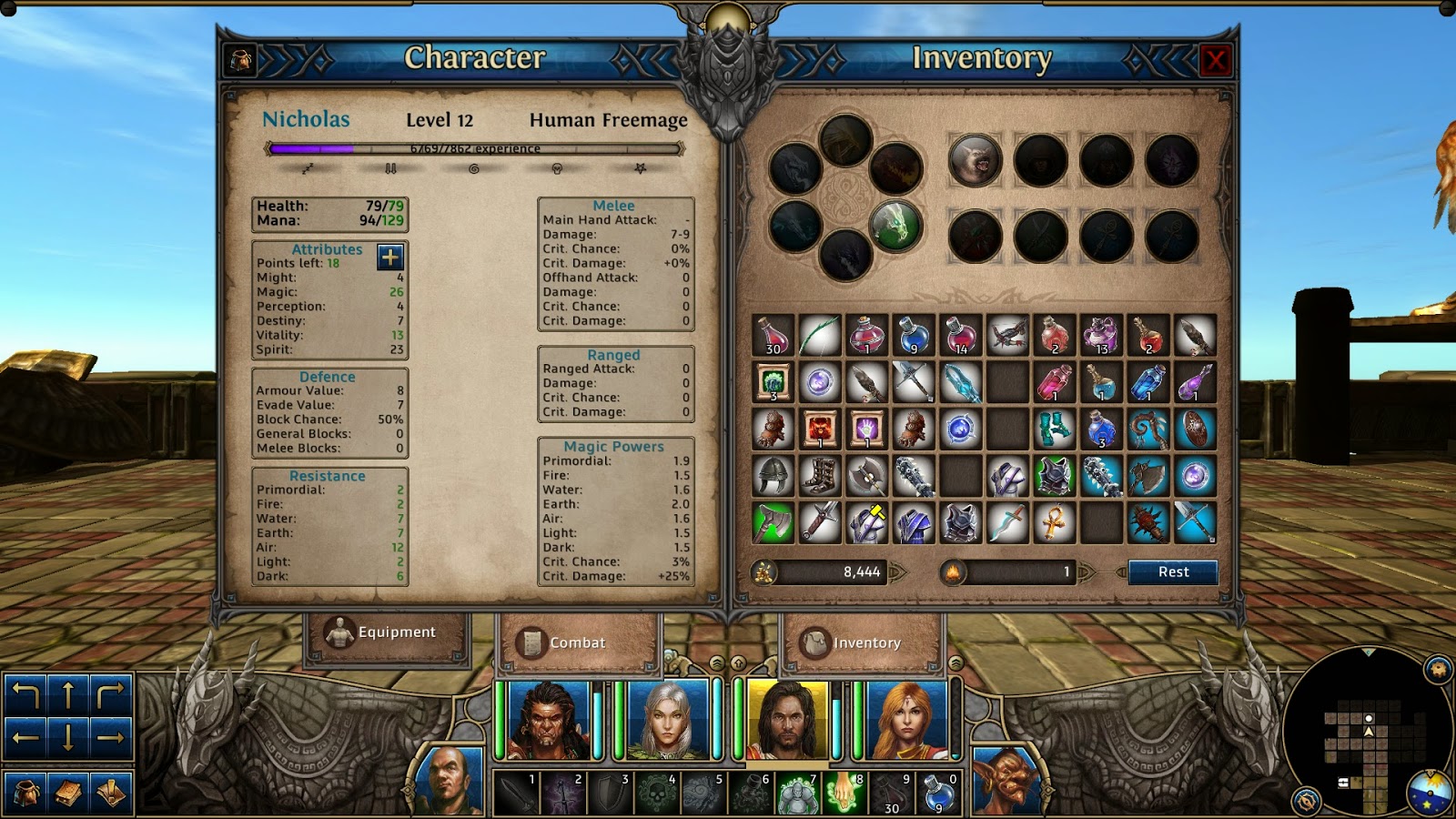 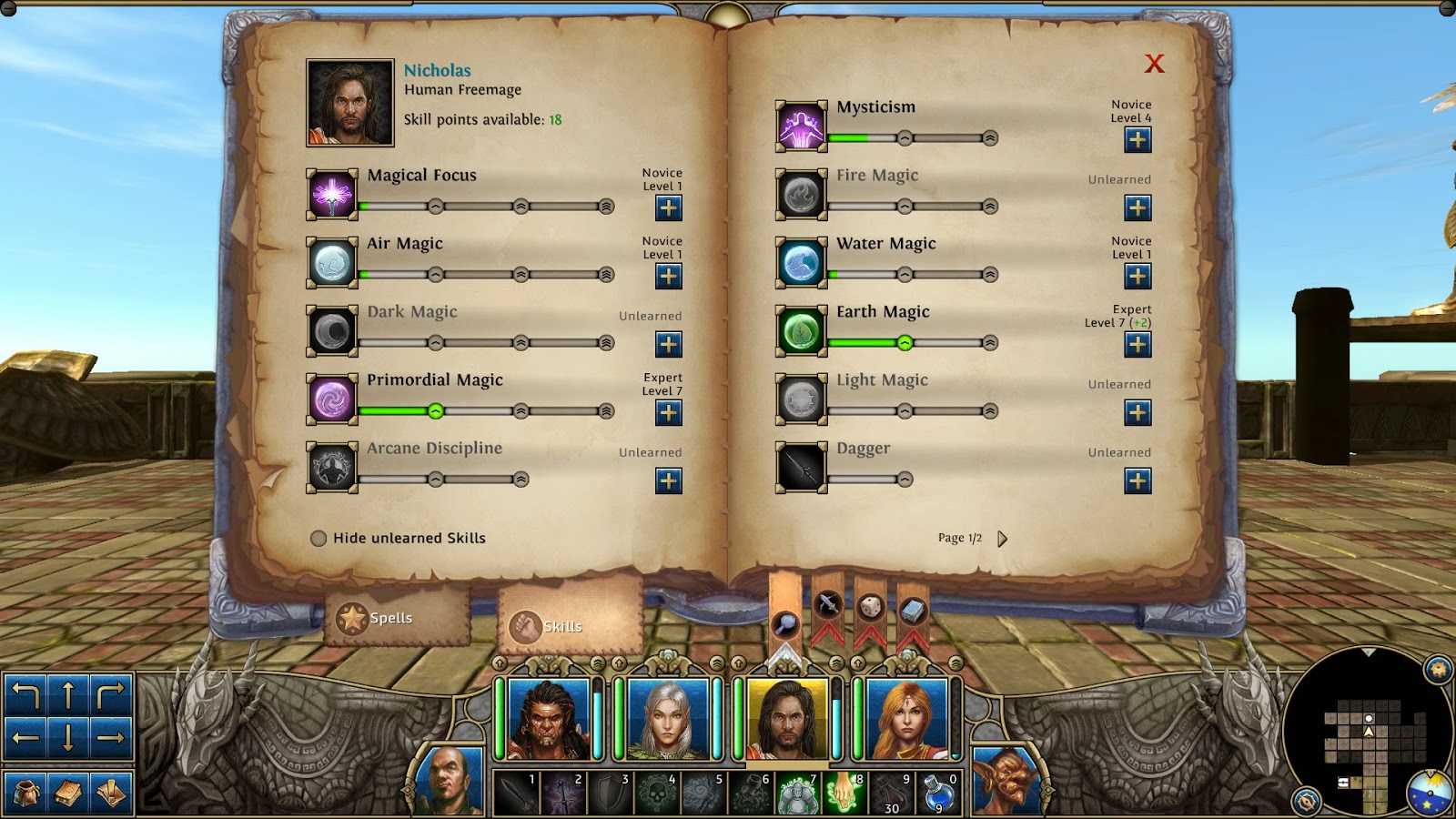 Combat starts when enemies are within a few hexes of you. Depending on your range capabilities both in the form of bows/crossbows and spells you could start hitting enemies from 3 or more hexes away depending on skill. That is useful for enemies that does only have melee capabilities. If you encounter spellcasters it is wiser to try to retreat to a corner to wait for them to show up in front of you since they often are weak melee fighters.

Neither you or the enemies can flee and they have no morale so every fight is to the death. You act turnwise between your group and the enemies group. It took me half the time ingame before I noticed I could actually select which enemy to hit. There are always a preselected enemy for you. Many have talked about the variety in tactics that could be used in combat and yes, the system opens up for some different gaming styles. But that depends mostly on what type of character classes you have and which spells and skills you have rather than any specific choices during the fight.

I have two mages. Their role is to support my melee fighters with spells that remove the enemies capability to block, or to bolster my groups capabilities like Heroic Destiny that improves our critical hit chance, or Stone skin that improves the groups armour value. One very useful spell is the Celestial shield that absorbs an amount of damage before anyone will be hit. Then there is the different types of direct and area effect spells like firebolts and fireballs. Each school has its own strengths and weaknesses and by combining them you could find way to maximise your tactics used. Enemies have resistances against different types of schools. Never try to use fire magic against a fire elemental for example. 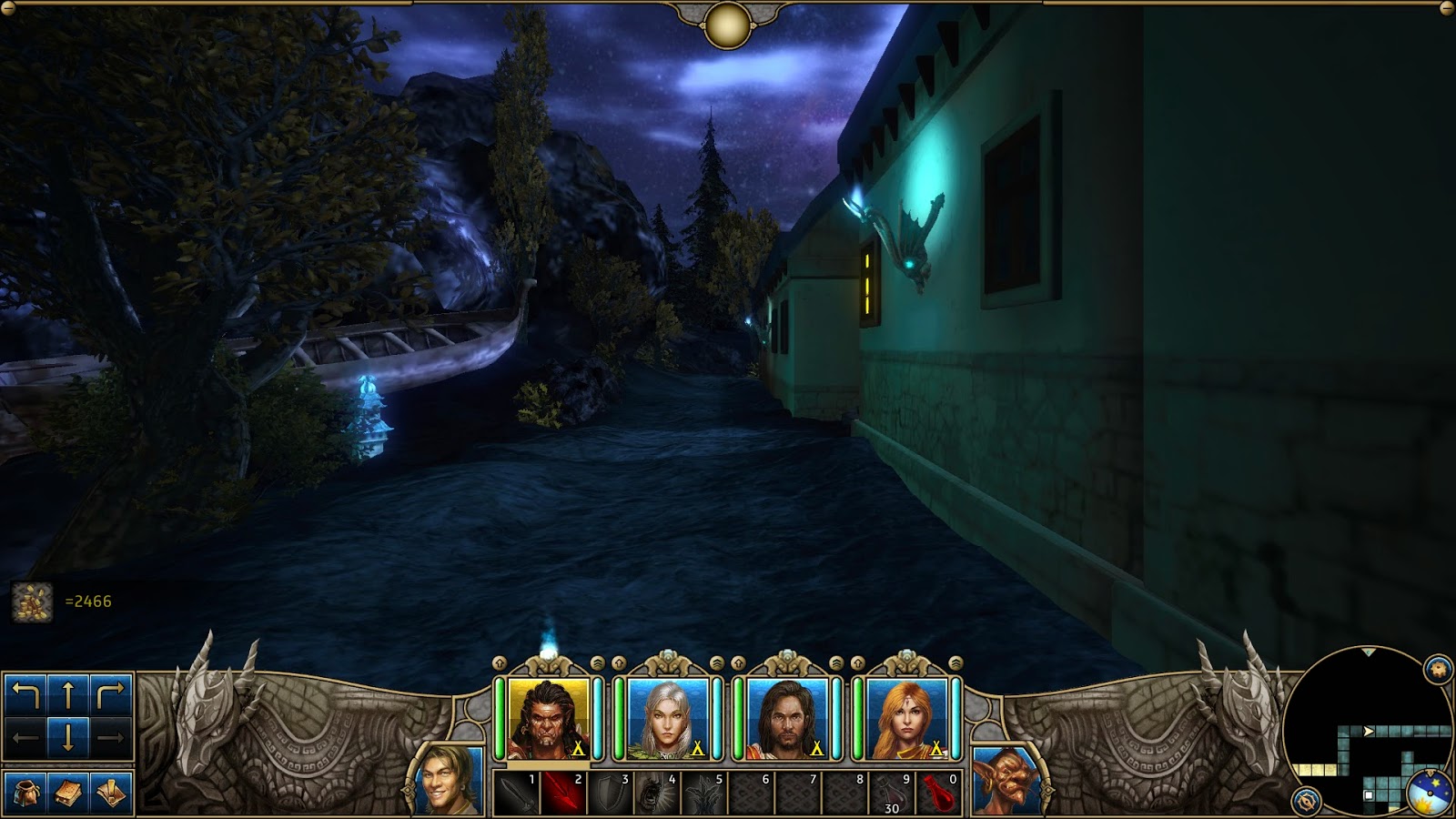 I find that the light magic school is important because of the heal and resurrection abilities but you could also rely on a special hireling to do that sort of stuff. The Dark Magic school is important because of the identify spell that helps you identify unknown items without you having to pay money for it. Then there is the spell Spirit Beacon that allows you to set a waypoint and travel back to that place whenever you wish, allowing you to save much boring travel time across the map. There are much more to say about the different magic schools and I have not access to all of them since there are limitations to what my freemages can use.


I have survived because I have preserved my attribute points and skill points until I have found the trainers I have been looking for. When there only remains a few very hard fights I spend them in order to be able to make progress in certain areas. I don´t recommend the warrior difficulty for inexperienced players because it requires patience and preserving of attribute/skill points.

A good amount of time in the game is spent looking for trainers or remember where you found certain trainers. Your promotion through skills go from novice to expert, master and grandmaster. To be able to train in a grandmaster skill often requires your class to have been promoted which in turn will have you to look for the promotion quests. A promoted class get bonus abilities and is well worth pursuing. The grandmaster level of skills is also often very powerful. Personally, I take help of online resources to find out where certain skill trainers is but only in areas I have already discovered. I have no inclination to write my own logs. A pity the diary in the game doesn´t track that information for you since it works very well in all other aspects. 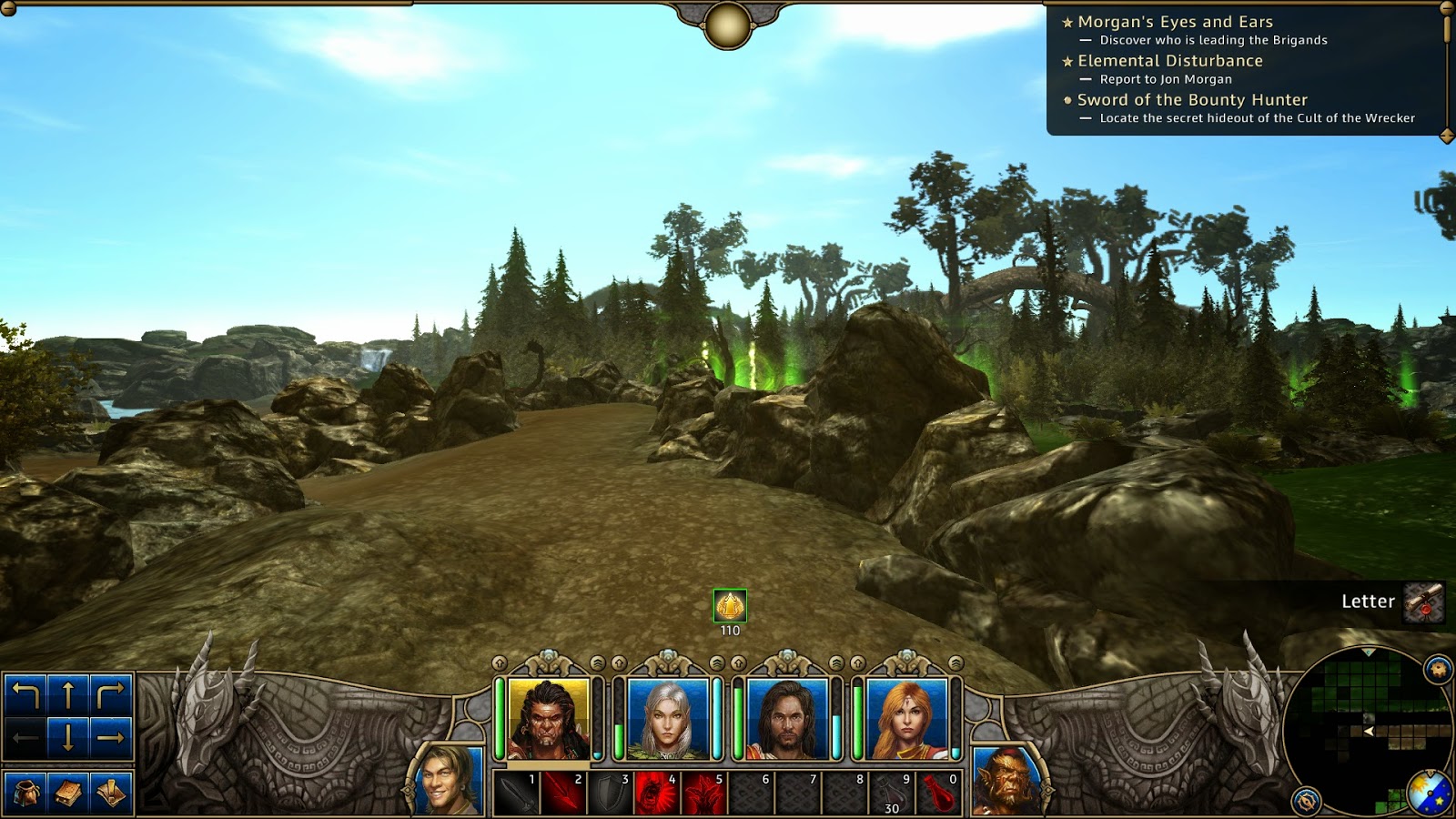 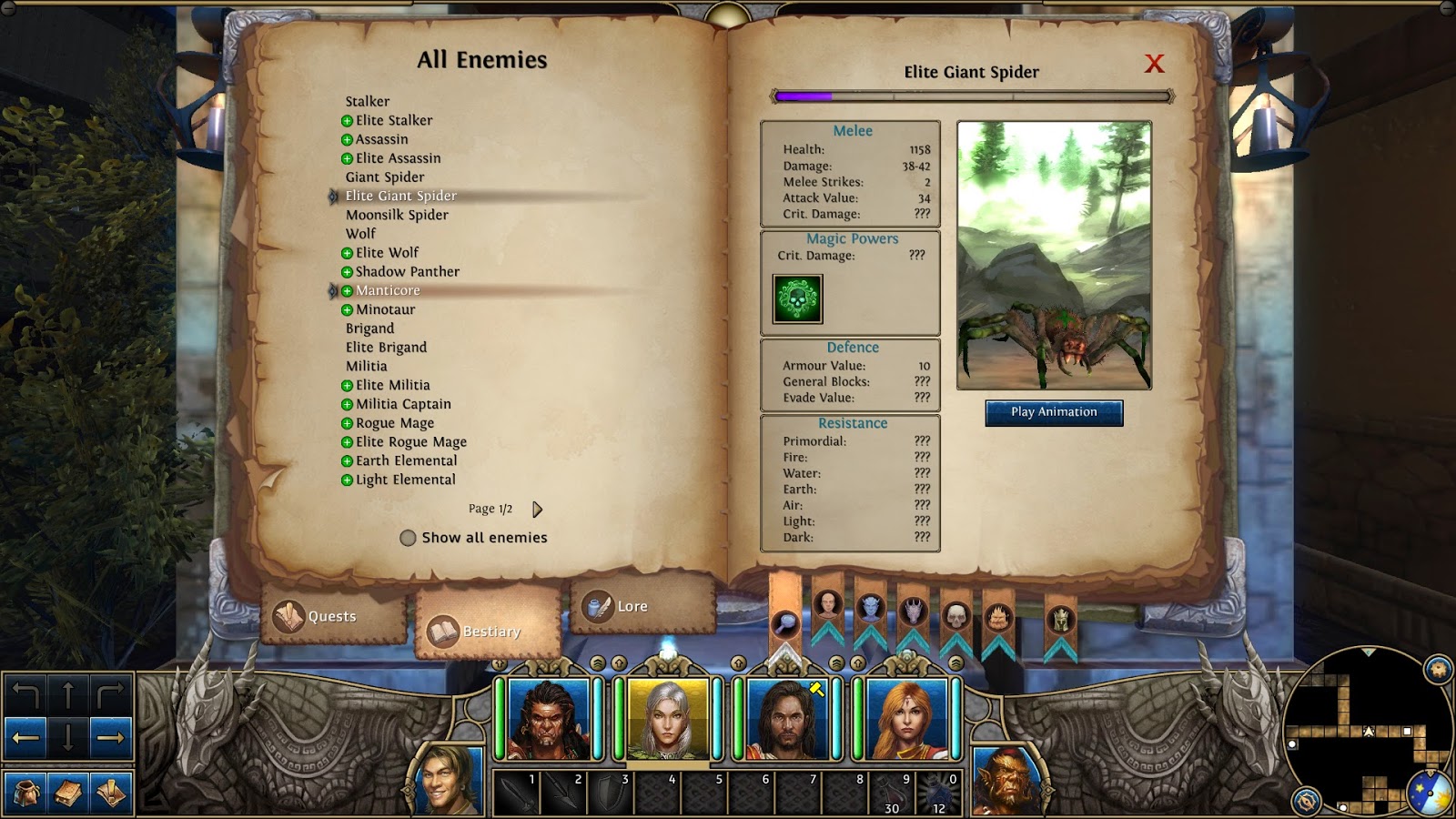 The game is still as fun as in the beginning. You always want to have that more xp in order to raise a level or get enough money to buy that particular weapon or spell. There is always something you crave for. Not until I reached around level 18 I could build up more than 10.000 gold and now I have over 80.000 gold. At this stage it is hard to find better equipment. And speaking of that, there are certain relic-type items in the game. Such an item works like any other item except it will receive experience points and level up with you, giving you additional bonuses along the way up to level 4. Those items are very rare but powerful. 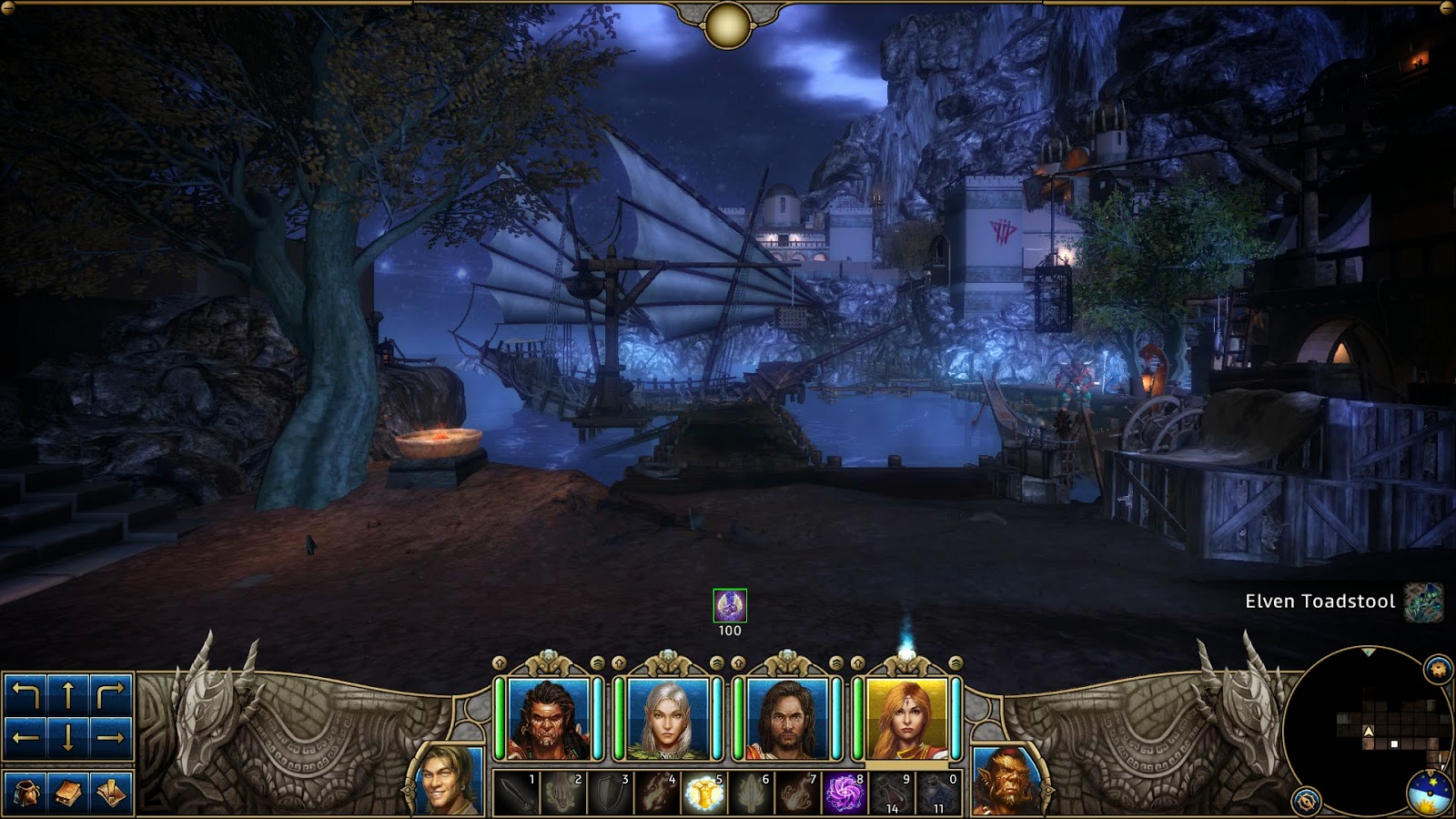 My next post will probably be a review of the game. I have no idea how far I have come. But the game is divided into four acts and I have just reached act three.