Lacking a game to play I found The Dwarf Run at the Steam sale and by looking through its images and reviews concluded this could be well worth the 4$ sale. Well I bought it and played for around 5-6 hours and I can say that I it was well invested money and gave me some enjoyment. So let us take a closer look at what it is. 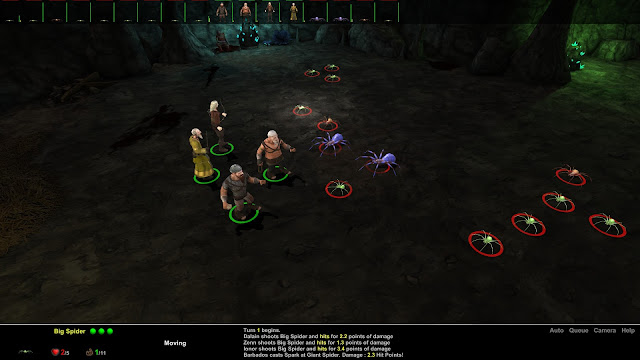 You play four fixed characters - adventurers -that hav decided to explore a cave for treasure. Everything doesn´t quite go as expected as they fall down into some sort of trap and loose all their equipment. You start up in a huge cave room with no weapons or items whatsoever and must try to survive.

The game uses an old but doable 3D-engine and you move around the characters freely interacting with the environment. More often than not you run into fixed but well scripted encounters with the caves inhabitants and gradually you will come over better and better equipment. Meanwhile your characters talk to each other and it is not without humour. 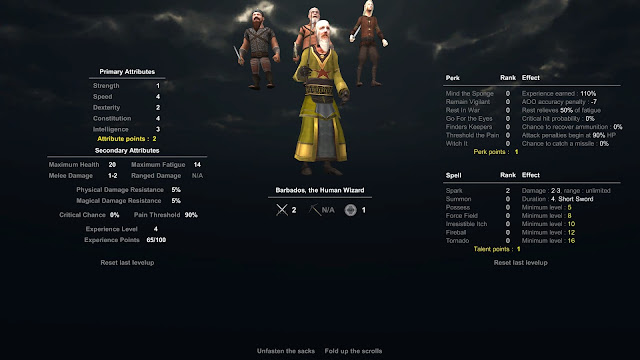 The game system is fairly simple yet very entertaining. The characters all have a few basic attributes like strength, intelligence and speed but also a few fixed common skills and some skills for that particular class (you have one wizard, cleric, warrior and ranger). When you level up you get points to assign to your attributes as well as skills and this part is very fun. The combat relies on speed and every one acts accordingly. Every action you take requires action points and every action drains your fatigue. So you will eventually having to restore the fatigue by resting during the encounter which means you will pass that round. By increasing your speed attribute you will get more action points but it will gradually become more expensive.

The combat system as well as the magic system works very well and your opponents are tough bastards that know how to take out your weakest members. 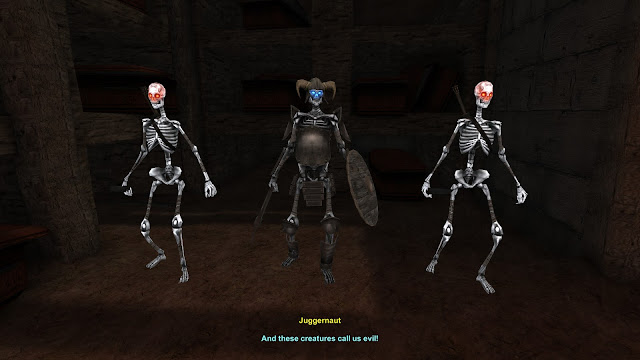 What I do like a lot is that there is constant problem solving to make your way forward. You have to overcome obstacles like using items in the environment, creating explosives out of ingredients to bybpass a certain place, or try to find a solution to get a sword out of a stone etc. This makes for some variety between the fights. The story in the game is ok and you will not always be in a cave. The interactions with NPC you have is limited and the game is very linear. 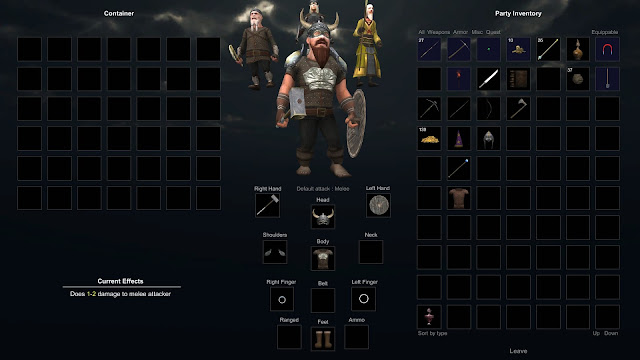 The game is hard. In fact it is very hard. In chapter 5 I had to go to the lowest difficulty level and yet I couldn´t progress more into the temple. You even have the chance to cheat by reallocating all your skill and attrbute points to try out new builds but I failed even at that. So I got stuck in the game.

I did however have a very good time with it and for a sale I do recommend it but not for its full price at around 8$. 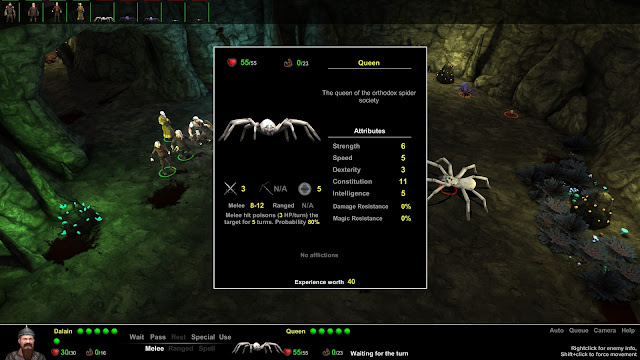